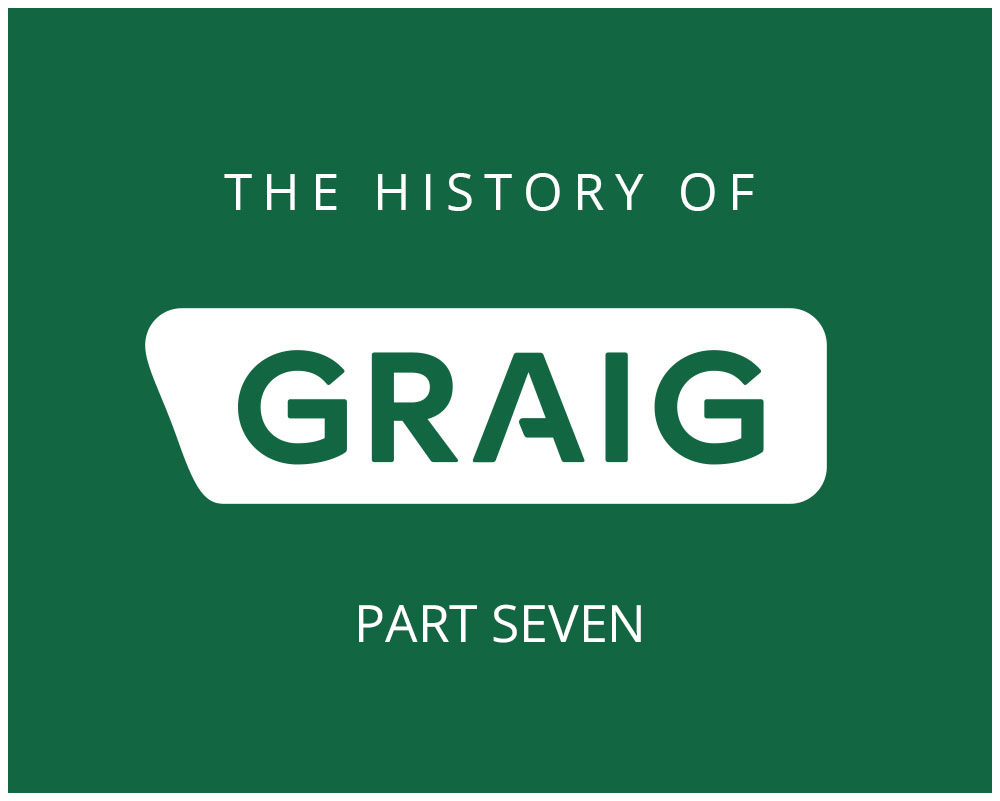 When Graig Shipping first announced its intention to build a series of vessels in a Chinese shipyards, there was some muted surprise expressed in shipping circles. The two established and reputable shipbuilding countries in the Far East were Japan and South Korea, whilst the output of Chinese shipyards was then thought to be technically inferior, not least in the standards of welding. However, the experience gained with the construction of the Confidence class vessels, and the technical improvements gained thereby, led to the realisation that Graig was in an ideal position to offer newbuilding supervision to shipowners wishing to place orders at Chinese yards. The business model established by Graig with the Confidence vessels soon saw the company acting in partnership with owners, designers and classification societies to produce ship designs which were then forwarded for contracting and series construction at a growing number of Chinese shipyards, as well as yards in Vietnam and India.

An interesting early project which proved Graig’s capabilities in this new business was the construction of a self-propelled jack-up vessel with accommodation, for the installation of wind turbines at off-shore locations for UK-based Mayflower Energy plc; the vessel was to be able to transport up to ten turbines and their component parts to locations at sea and was also equipped with a 500-tonne crane and a 300-tonne crane for subsequent at-site erection. The project entailed securing designers with experience in this field, the close co-operation of a classification society and a suitable shipyard capable of undertaking the construction of such a novel vessel. One particular requirement was that the vessel could jack itself up well above the waves, thus reducing exposure to bad weather and maximising the number of working days at sea. Eventually built at another Chinese yard at Shanhaiguan and completed in 2002, the $60m Mayflower Resolution project proved to be a highly successful co-operation between many different interests, and further consolidated Graig’s subsequent successful business model in the Far East. 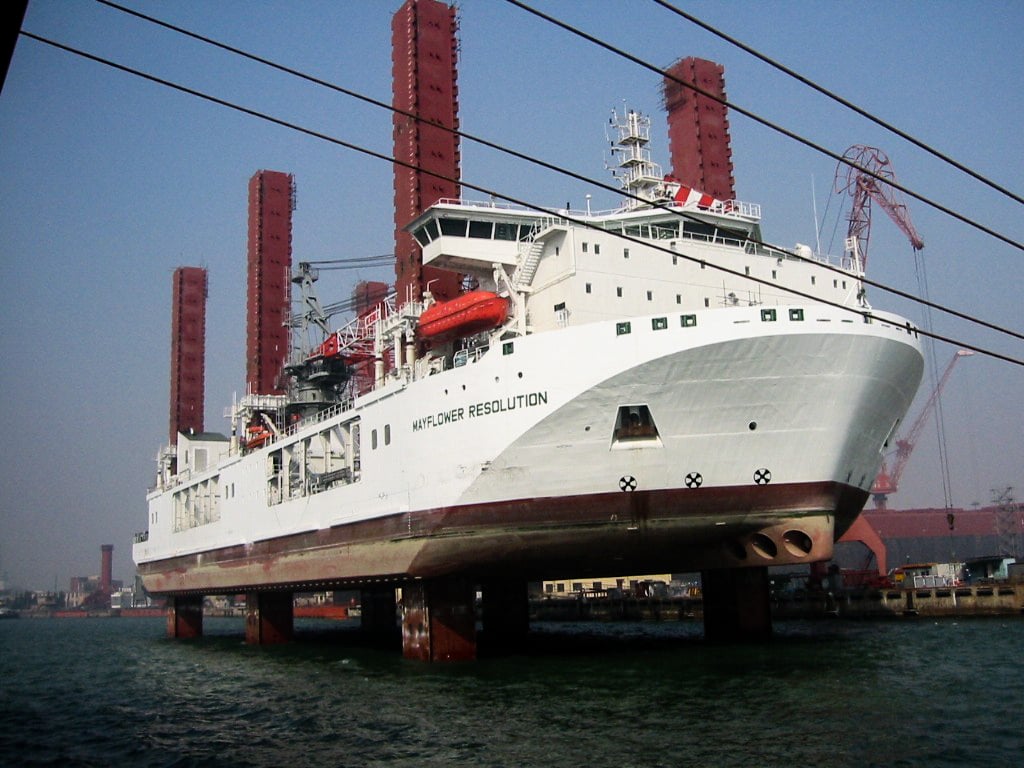 A more traditional ship design for a series of bulk carriers had been launched by Graig early in 2000, albeit with one major innovation. The Diamond 53 and 34 designs of geared bulk carriers (the figures reflected their respective deadweight tonnages) were a collaboration between Graig, Norwegian classification society Det Norske Veritas (DNV) and designers CarlBro; Graig was able to provide valuable input with its forty years’ experience in bulker management and operation. What was truly innovative about these vessels, however, was that they were to be built with double hulls, largely avoiding the use of high tensile steel but with the double hull producing a particularly flexible and robust vessel. The space between hull and hold was capable of carrying ballast water, thus providing additional flexibility on ballast passages, whilst the design also facilitated below-deck maintenance, even when laden, thus saving on costs. This arrangement also afforded improved environmental standards and examples of the classes were eventually built at two yards in China, three yards in Vietnam (the 53s were the largest vessels ever built in the country) and one in India between 2004 and 2007. With a buoyant freight market at that time, interest in the design was soon shown by prominent owners such as Thenamaris of Greece and Spar Shipping of Norway, whilst Graig too decided to demonstrate its trust in its own products by ordering a Diamond 53 from the Nam Trieu yard near Haiphong in Vietnam in 2006. Launched in June 2006 as Graiglas (4), she was sold shortly afterwards for over twice her original contract price on what was then a boom market, to Seven Sea Carriers of Bergen. In all sixty Diamond 53s and four Diamond 34s were constructed for German, Greek, Italian, Norwegian and Turkish owners, with most vessels of this highly successful class still in service today. 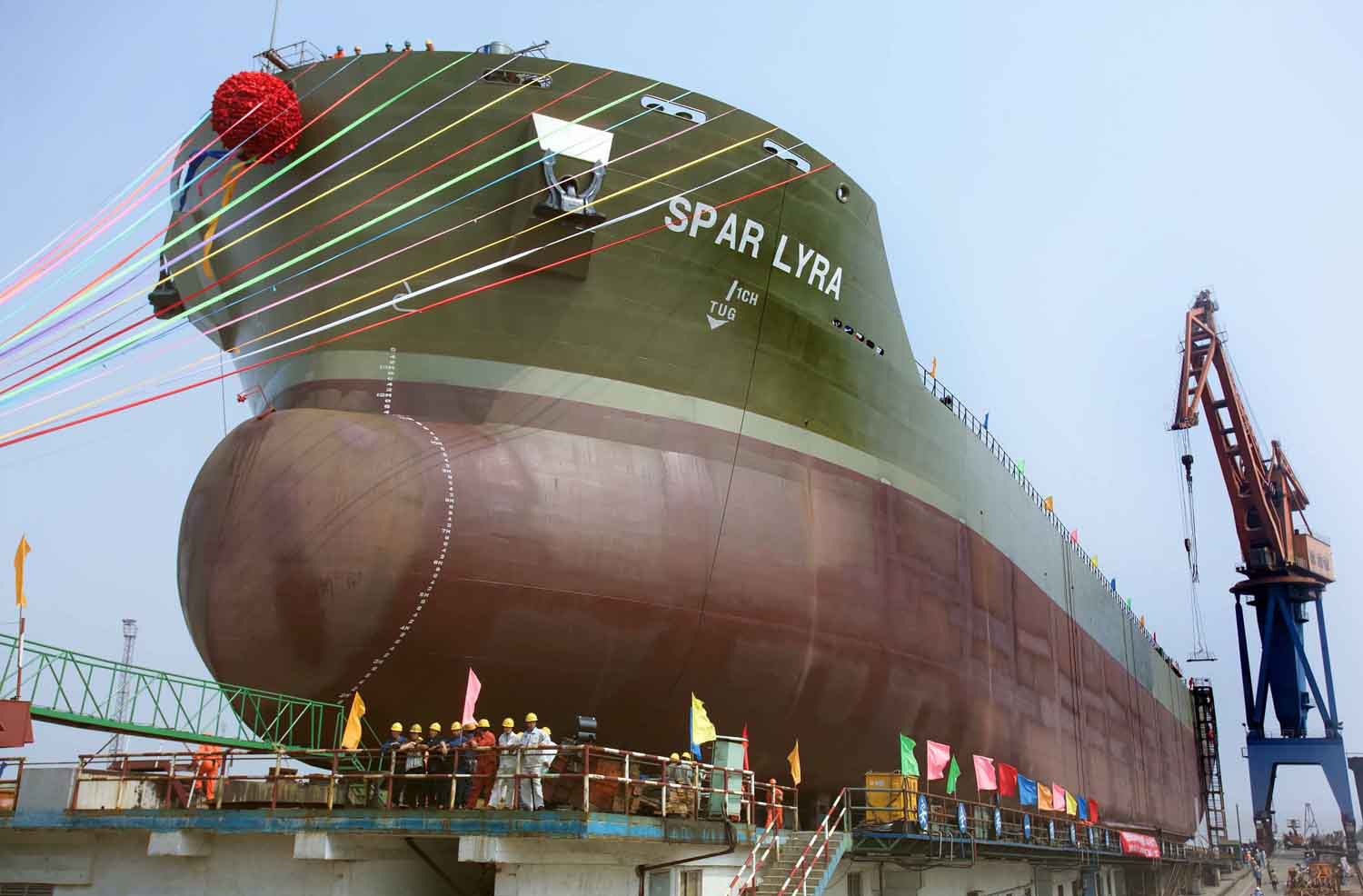 Launch of the first Diamond 53, the Spar Lyra at Chengxi Shipyard.

Back in 1919, Idwal Williams had sensed that the shipping boom of 1919-20 was unlikely to last, taking the precaution to fix the first Graig on a profitable two year time charter that insulated the company to a considerable degree from the slump that came in the spring of 1920. Nearly ninety years later, his grandsons and their fellow directors also sensed that all was not well in shipping and the wider commercial world, with a notable boom in dry bulk trades in late 2007 to early 2008 which was unlikely to be sustainable. Consequently, during the second half of 2007, it was decided to sell all the remaining vessels in which Graig had an interest, whilst a halt was called on initiating any newbuildings in China. The world financial crisis which hit in 2008 brought about a rapid fall in all shipping markets, and that year saw the winding-up of the Diamond building programme as owners were unwilling to invest during what came to be a desperately depressed freight market. Graig’s timely divestment of numerous interests at the time – not least the sale of the newly-launched Graiglas - minimised its exposure to the adverse economic climate that now prevailed - it was a time to sit back, take stock and consider new ways forward.

The company suffered a grievous loss on 2 August 2009 with the death, aged eighty-six, of Desmond Williams, the company’s non-executive chairman. For some years he had stepped back from his previously leading role in the company’s affairs, though he had remained a regular visitor to the office. He was admirably summed-up in a tribute sent to the author at the time by Christopher Hilton, Graig’s principal legal adviser and later a board member. 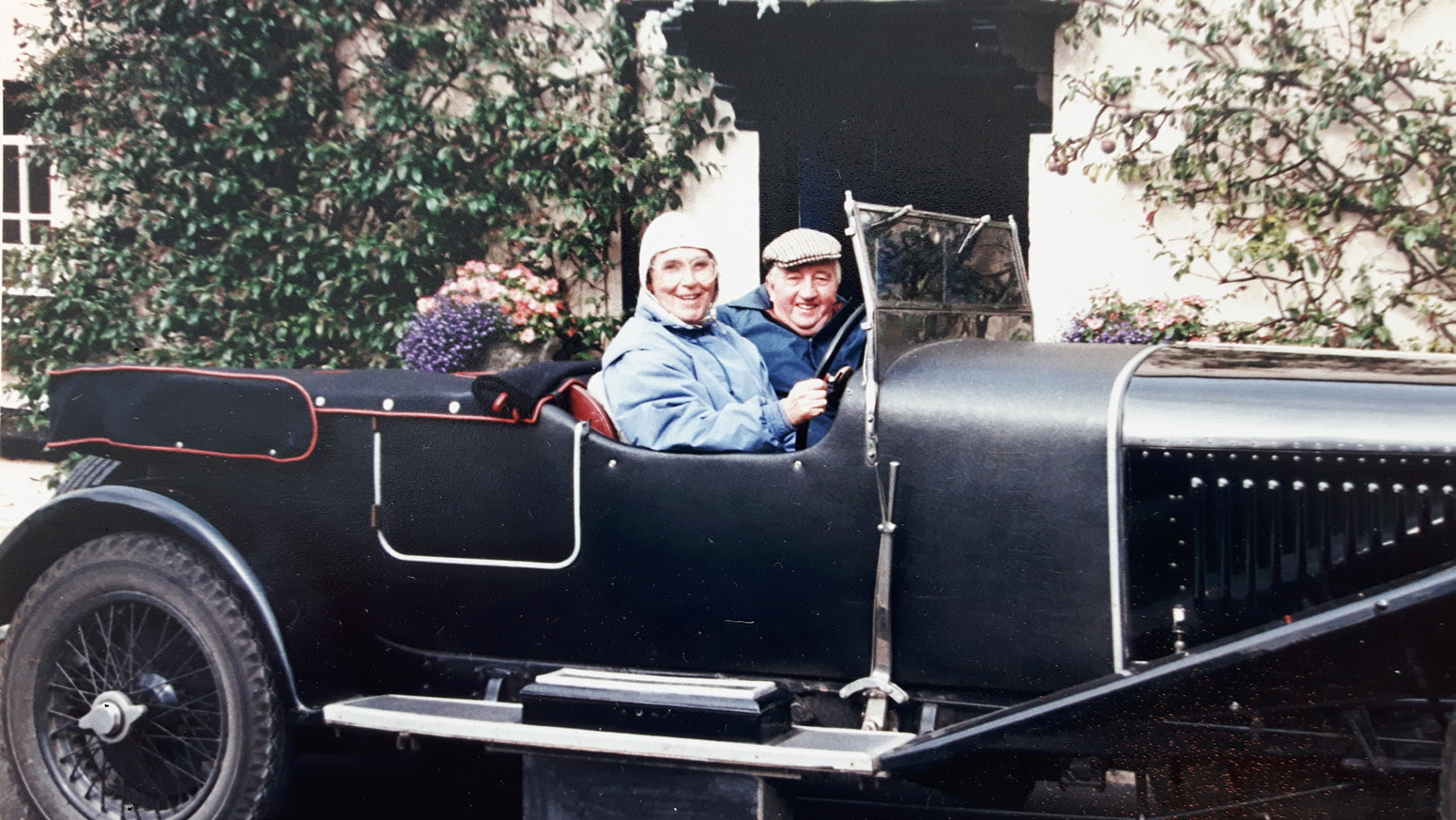 ‘In a career in shipping spanning almost forty years I have met some great characters, but none greater than Desmond Williams. Why?
It wasn’t just the enthusiasm with which he approached life, perhaps best illustrated when he was driving one of his vintage Bentleys through the lanes of the Vale of Glamorgan. Or the pride with which he would recount what he claimed was his best investment – his four debenture seats in what was then the Arms Park! Or the liveliness of the company AGMs when he would gather the MDs of the various companies in which Graig had a stake – very memorable though those occasions were. 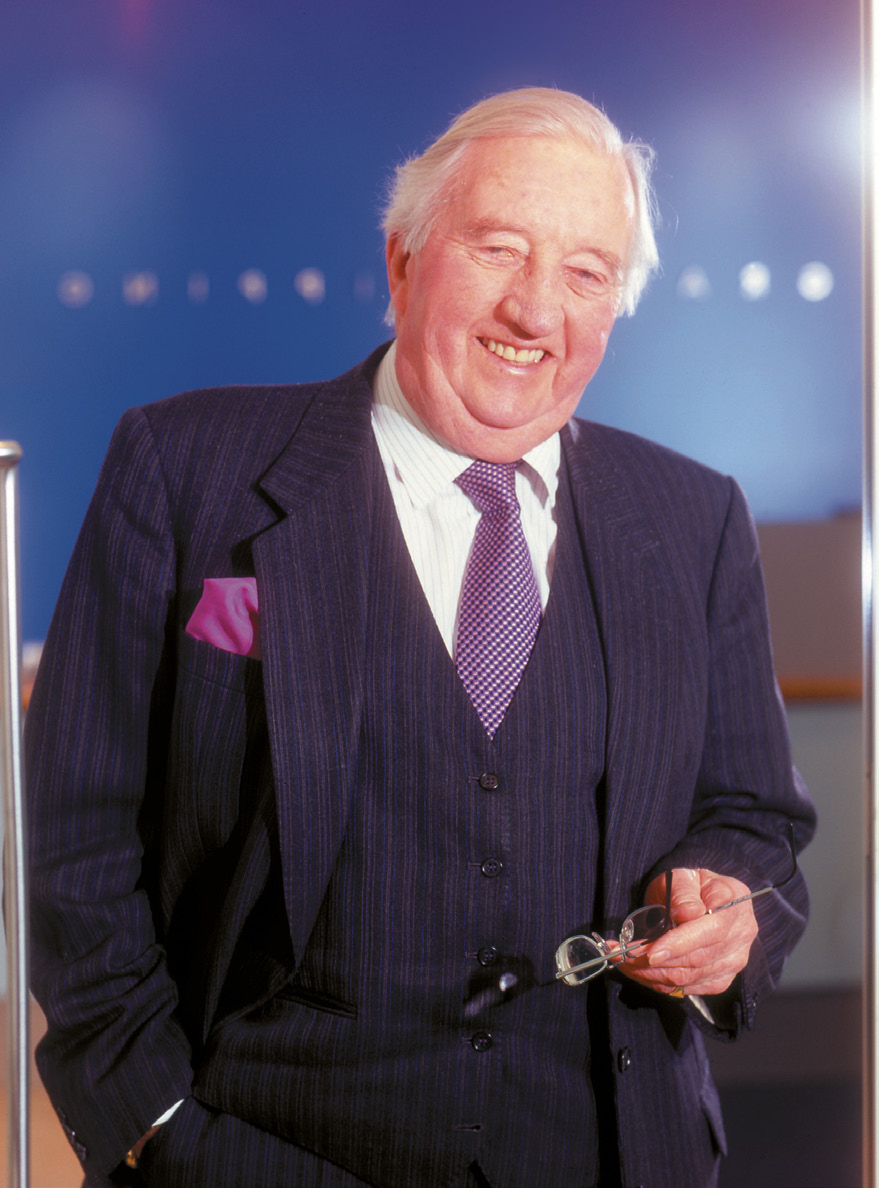 Perhaps it stemmed from the way in which he showed his passion for Graig and everything to do with it, including the people who worked for it. I recall that, from the earliest days of my working for the company, he appeared to take a keen interest in what I was doing. If I was in the office in Bute Street this would manifest itself in an invitation to join him in the boardroom for a pre-luncheon tipple. I learnt very quickly to avoid the inevitably proffered G & T, choosing instead something that could not be mixed! He was very generous in his invitations to functions – the annual Shipbrokers’ Dinner was an occasion when he gathered together the company’s various partners, contacts and employees to ‘let our hair down’, and for some years the trip to Newbury races was the same. A chartered flight to Rotterdam to visit the latest addition to the fleet was a one-off, but thoroughly memorable, not least for the convivial spirit – both atmospheric and alcoholic – led of course by Desmond!

The result of this was two-fold. Firstly we all felt part of a corporate ‘family’ – a tremendous motivating factor. Secondly, I suspect that, shrewdly, he calculated that he could better assess the quality or otherwise of the advice and assistance that he was getting from his advisors if he knew ‘how they ticked’. 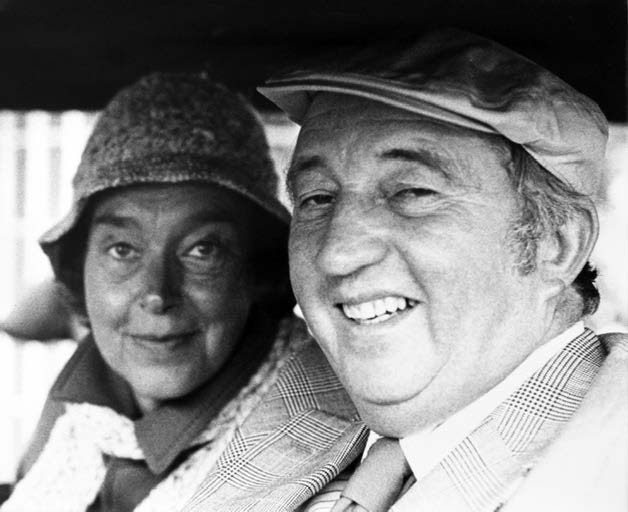 A hard taskmaster he may have been, but he was a great motivator and it was a pleasure and a privilege to know him and work for him’. 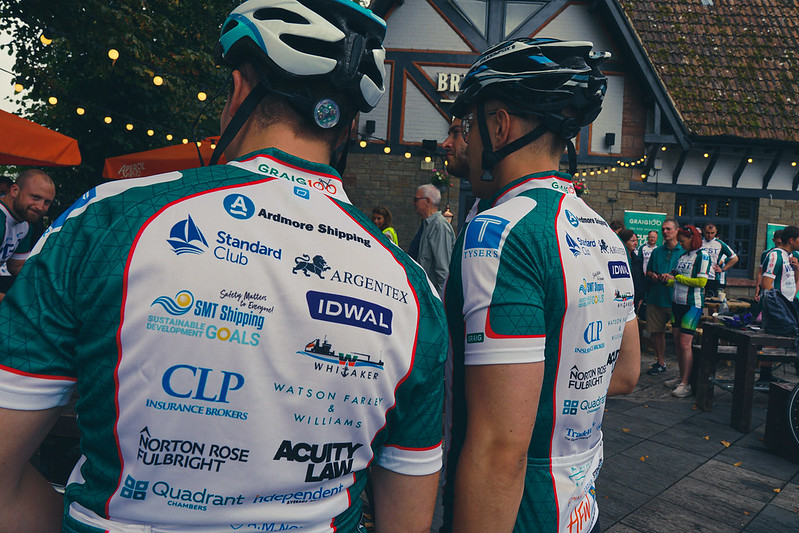 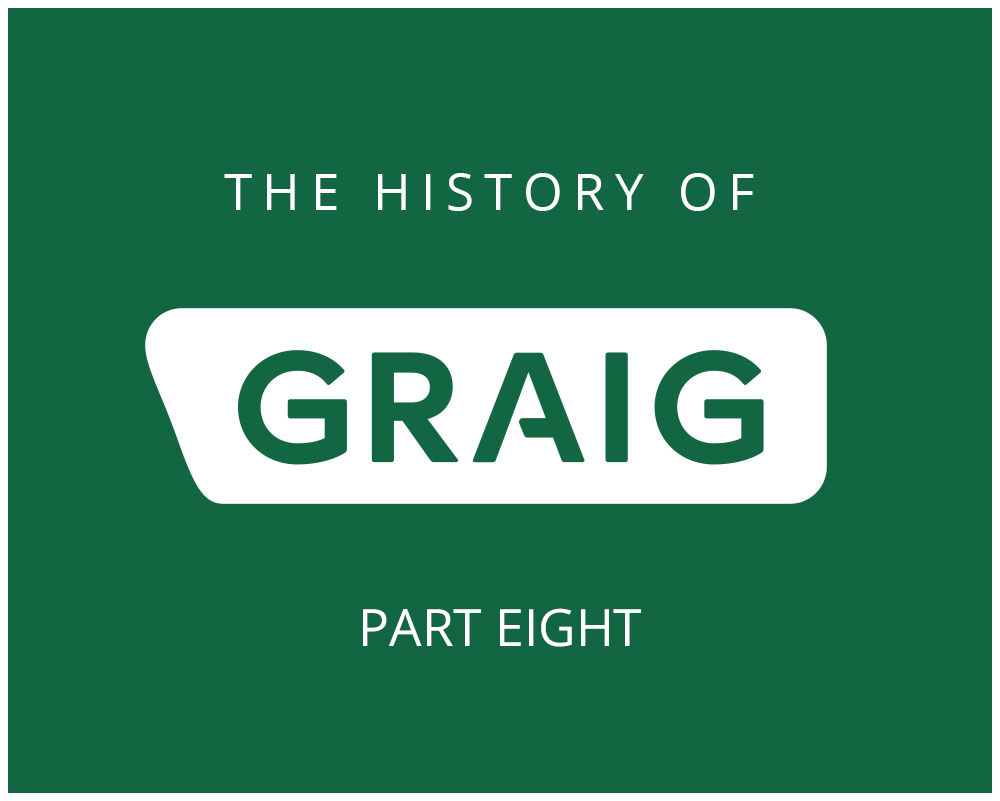