A FIRST OF ITS KIND

Delivered in February 2004, the Mayflower Resolution has been recognised as both the first offshore wind turbine installation vessel and the ship that set the industry standard for the vessels that followed in its footsteps - providing a quicker, more efficient and cost-effective solution than what was available to the industry at the time. In the early 2,000s, there were two problems for shipping when it came to installing farms. One was to ensure that commercial shipping can co-exist comfortably with a large number of new exclusion areas around the wind turbine installations. Secondly, and more positively, the industry had to react to the challenge of serving a new sector. Just as the development of offshore oil bred a whole new series of ship types, from semi-submersible through anchor handling tugs to pipe layers, so offshore wind energy started to create a huge demand for specialised ships. The wind turbines already installed were put in using barges and floating sheer legs. But that was slow, cumbersome, and there was insufficient marine construction capacity to meet demand.

Wind turbines weren't always the common sight that they are today. First sighted around the UK and Danish coast, wind turbine installations now provide a practical, renewable source of energy for nations across the globe. In October 2020, the United Kingdom government announced an ambitious plan to ensure that offshore wind produces more electricity than is needed to power every home in the country by 2030. With a current output of 10GW, the UK is now aiming to achieve 40GW a year by 2030 from wind turbines - but it is a complex problem. Wind farms compete for sea space with shipping lanes, dredging concessions, environmentally sensitive areas, fishing grounds, and military training areas. However, over the past decade and the focus on climate action becoming present in our everyday lives, green energy has more public support than ever and thousands of wind farms are being installed worldwide.

Enter the first ship of its kind, a specialised wind turbine installation vessel that could meet the increasing demand for green energy around the world. UK-based Mayflower Energy ordered the vessel to be built in China at Shanhaiguan shipyard under Graig supervision. The vessels are self-propelled jack up units, with a 300 tonne crane. The 130m long ships will carry ten turbines on the long open after deck. Once on site, the vessel will spud down its legs, jack the vessel clear of the water surface and use the crane to upend and install the turbines.

The TIV-I vessels is 130.5m loa, 38 m beam, and is equipped with six jack up legs, a 300 tonne crane and a 50 tonne crane. Capable of carrying and installing ten turbines and housing a full engineering crew of up to fifty persons, the vessels will be powered by four 1.5 MW thrusters, giving a sea speed of 10.5 knots. 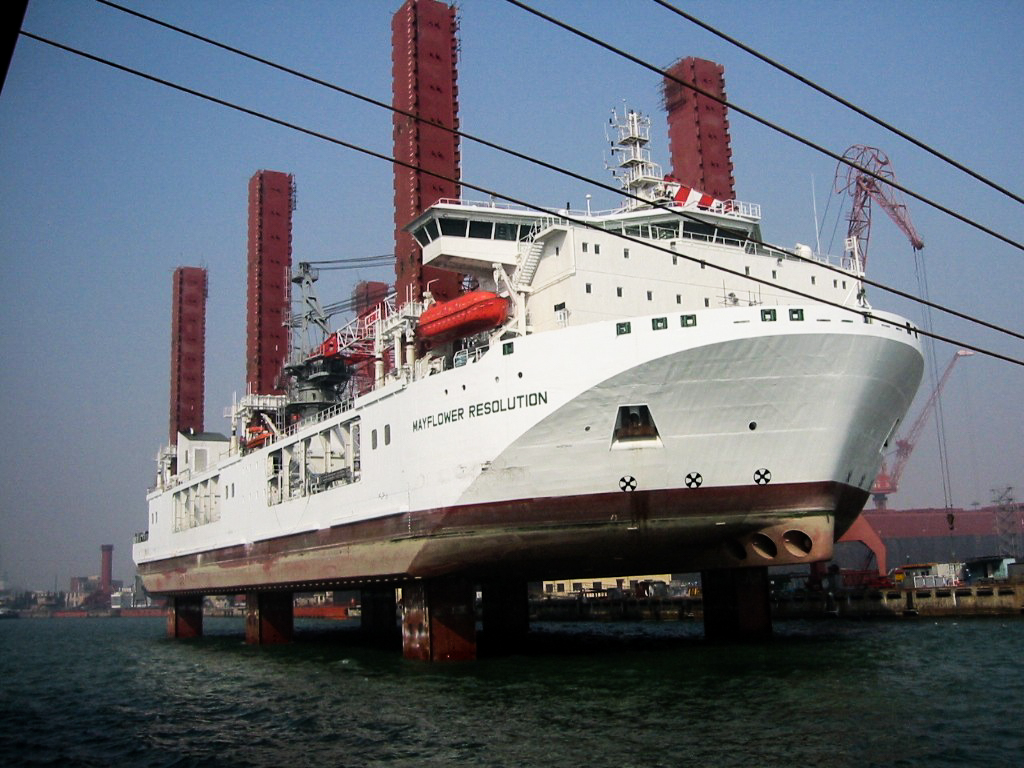 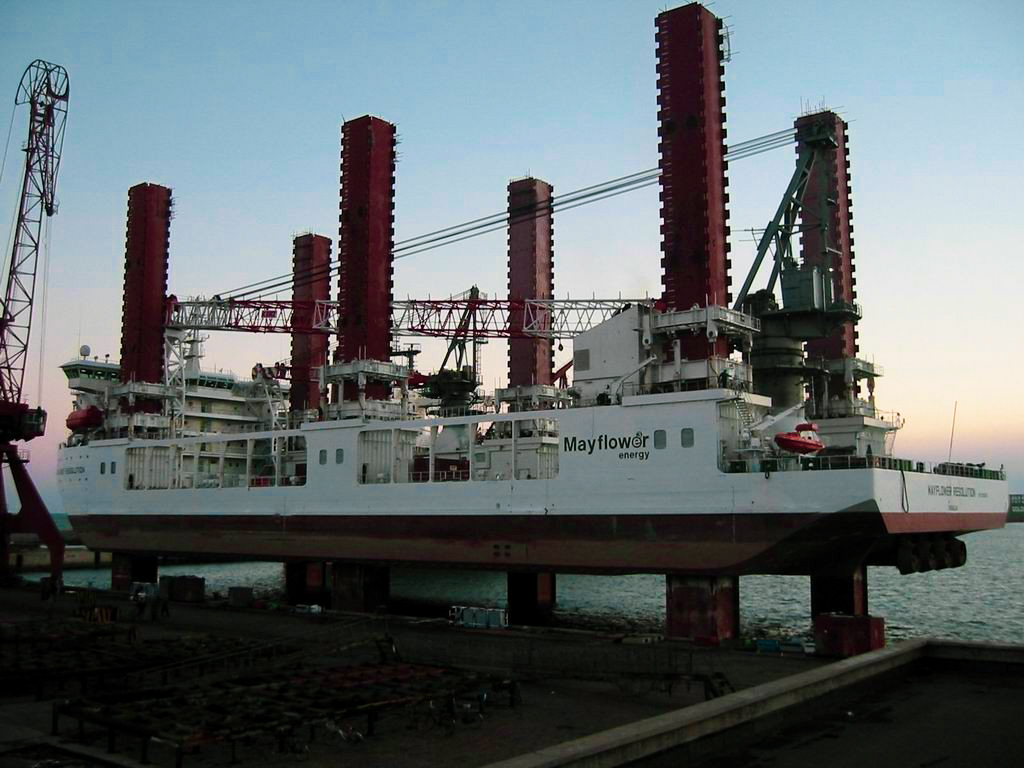 Working with Graig's advice and support, UK-based engineering firm Mayflower Energy Ltd  ordered one ship and had the option for a second vessel from China's Shanhaiguan yard.

Graig provided a full support package for the supervision of the building of the first of a series of unique high technology Wind Turbine Installation Vessels. The 130 metre long vessels bring together proven technologies to provide a system which will support a new offshore industry, harnessing wind power for electricity generation. Graig advised Mayflower on choice of yards, introduced Denmark's Knud E Hansen as the designer and DNV as a suitable class society, and assisted in yard negotiations. Graig's China-based supervision team then went on to oversee the building and delivery of the first vessel, which entered service in February 2003.

"Chinese shipyards are now first choice for new vessel types," says Hugh Williams, CEO of Graig. "Not only are they competitive on pricing, but they are flexible and willing to adapt to new technology and new designs. We are very happy that we have been able to help Mayflower find the right yard, the right designer and the right classification society to get this new offshore industry off to a good start."

China's Shanhaiguan shipyard has won an order for a wind turbine installation vessel from UK offshore firm Mayflower Energy.​ The order, which was negotiated with technical guidance from UK shipowner Graig Shipping, carries an option for a further 130-metre-long ship.​ The firm vessel will enter service in February 2003. No price was given for the deal.​ The ship will support a new UK offshore industry which harnesses wind power for electricity generation.​ Hugh Williams, Graig boss, said: "Chinese shipyards are now first choice for new vessel types.​ Not only are they competitive on pricing, but they are flexible and willing to adapt new technology and new designs."​ The design incorporates six jack-up legs, a 300-tonne crane and a 500-tonne crane.​ It will be Isle of Man-flagged and classed by DNV.